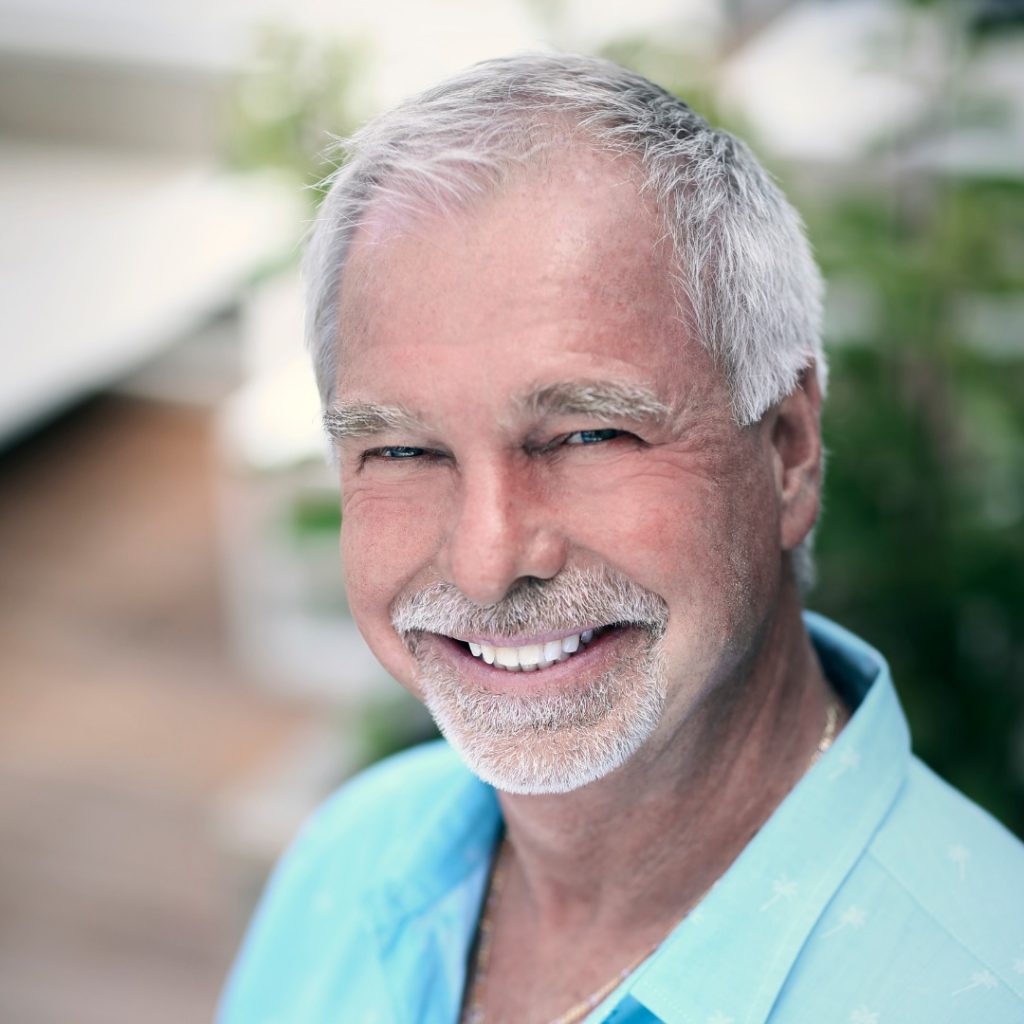 Tony de Leede has been at the forefront of the Fitness & Wellness industry for over 40 years and is highly regarded as an innovator in business around the world.

Tony, a native of Sydney’s beach suburb of Cronulla, left school at the age of 15 in pursuit of experience in the business sector.  His first entrepreneur endeavour began at the age of 12 when he set up a stamp trading business.  This was quickly followed by opening a surfboard shop at the age of 16 and then by a mere 18 years old establishing a clothing importing business with his mother.

The pair began importing clothes from Bali, the Philippines and other parts of Asia.  Tony quickly began operating a number of retail stores across Sydney. He faced a challenging few years though his hard work began to pay off and Tony turned a profit for the next 8 years.  He used this time to invest in a number of commercial and residential real estate opportunities.

By 1981 at the age of 27, Tony decided to take a year off and travel.  After arriving in Atlanta for what should have been two weeks, he subsequently stayed for 20 years.  This was the beginning of Tony’s move into the fitness industry.  Tony founded Australian Body Works (ABW) in 1982 and by 2000, he had expanded his health club group to a total of 23 clubs across Atlanta.

As a true ambassador to the international fitness industry, Tony was appointed ‘envoy’ to the Australian Olympic Team for the 1996 Olympic Games in Atlanta.  He was also responsible for designing, building and staffing the first ever Olympic Village Health Club.  He continued his Olympic involvement as the Olympic Village manager at the 2000 Olympic Games in Sydney.

Under Tony’s 8 year tenure as CEO, the group grew from 11 to 88 clubs.  When Tony retired, the Fitness First Australia group was not only the stand-out performer for Fitness First globally but also one of the best performing large health club groups in the world.  When he handed over the reins, the group had a 37% EBITDA on all clubs and a 42% EBITDA on mature clubs.

In addition to managing Fitness First, Tony also successfully launched two other Australian businesses between 2000 and 2008.  The first, an international multi-award winning 500 acre luxury ‘Lifestyle Retreat’ located in the Gold Coast hinterland called Gwinganna which opened in 2005.  The second was a media company called Active Media Group (AMG), started in 2003 to provide alternative advertising mediums for both local and national businesses.  Tony sold his AMG business to Fitness First in December 2008.

After leaving Fitness First, Tony embarked on a new fitness adventure launching Fit n Fast gyms with the first club opening in June 2010.  Fit n Fast was the first brand of budget/time efficient clubs with the initial theme of ‘Cheaper – Better – Faster’.  As the budget space rapidly became crowded, Tony decided to branch out into the boutique space and he has evolved the business into a number of boutique brands.

In addition to developing these boutique brands, Tony has been developing digital content brands – Move123 & Mind123.  Move123 offers motivating and high-quality online fitness content, designed in easily digestible chunks of 10, 20 and 30 minutes.  It offers an extensive library including videos across ten collections, with low intensity classes such as Yoga, Meditation, Stretch, Breath and Pilates right through to high intensity classes such as Cardio, Strength, barre and Dance.  Move123 also offers a unique series called Move123 Silver; designed specifically for the 70+ market.

Following the introduction of Move123, Tony launched Mind123.  Mind123 offers a range of bite size educational videos across 6 different categories including Health, Nutrition, Beauty, Self, Wealth and Relationships.  Each video has been created to help users achieve total wellness in mind, body and spirit.

In February 2016 Tony acquired a significant interest in Somadome.  This new product/concept can be broadly described as a ‘meditation pod’.  Tony holds the passionate belief that this pod will have tremendous relevance in the stressed world we live in today.  He is also working on an Uber-like model of distribution and usage for this pod under what he calls ‘Adopt a Dome’.

2018 quickly became the year of virtual fitness for Tony, as after the great success of Move123, Mind123 and Club W he established the Virtual Solutions Group.  Virtual Solutions provides a range of products that enable any space to offer the full “Virtual Experience”.

In addition to these achievements and cementing his dedication to the industry, Tony currently holds a board positions at the Global Wellness Summit.  Tony’s endless passion and enthusiasm for delivering health, fitness and wellness to people (in a way that is both enjoyable and accessible) is demonstrated through the businesses he has developed which all exist to allow people to live happier, healthier and better lives.